Reflections on Racism and Bias in Medicine

Talia’s sister, Raya, recently went through an ectopic pregnancy. For those who don’t know, an ectopic pregnancy occurs when the fertilized egg fails to descend into the uterus and instead implants in the fallopian tube, where it is not and can never be a viable pregnancy but does keep growing. If left untreated, the fallopian tube will rupture—a situation that can be fatal. Raya had a dose of methotrexate (a drug used most often as chemotherapy in cancer patients)  to end the dangerous pregnancy and when the toxicity of the drug subsides, she’ll be able to try again.

It was disconcerting for Raya to realize that were she living 100+ years ago, she most likely would have died from her ectopic pregnancy. When I told a friend about this, she noted that we’ve come a long way in this department, and went on to say, “not to mention that childbirth altogether used to kill women!” Unfortunately, if you’re a Black woman, it still does, with the mortality rate for Black obstetrical patients twice what it is for white women.

And yet, often when white people talk about progress—whether it’s voting rights or medical care—we tend to be thinking about people who look like us. In 2020, for example, we celebrated 100 years of voting rights for “women;” yet Black women who were part of the suffragette movement mostly remained disenfranchised and did not get a share of this achievement in 1920. They (and other BIPOC women) had to wait until 1965, when the Voting Rights Act finally won them the right to participate in our democracy with their vote.

Similarly, we mark medical progress by the care and successes offered to white people. Statistics for minority groups, 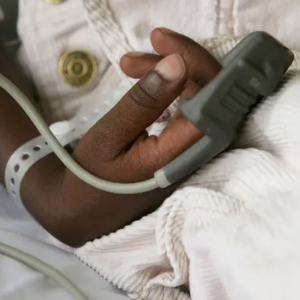 marginalized people, People of Color, the disabled, tell a different story—and it’s not a pretty one. It mirrors the institutional racism at work in every facet of our society.

George Floyd’s murder last May due to police brutality really opened a window for white people into the institutional racism at work across all facets of American society. Of course Black and Brown people know about this—they live it. But for the first time, many white people joined the Black Lives Matter movement in protest of racism everywhere, with a new or renewed commitment to anti-racism and anti-racist work.

And this is no less true for us at Talia’s Voice. Our work emanates from the death of our (white) daughter in a hospital setting, but if we are talking about the role of communication and listening in medicine, we must also elevate the voices of people who don’t look like Talia, and we’ve made a commitment to double-down on this in every presentation we make, in all of our committee work through the Collaboration for Accountability and Improvement, and in our work at Washington Patient Safety Coalition. We have had opportunities to do this and sometimes used them well, but not always. On this Martin Luther King Day, 2021, we are committing to the “always.”