With her curly, copper colored hair, bright blue eyes and inherent warmth, Talia brought tremendous joy into many people’s lives. As a four year old child, she learned that in case of a fire, you should “stop, drop and roll” and for a short period, she loved to practice “just in case.” In later years, Talia applied a version of this motto to her relationships with people, dropping everything when a friend or family member needed someone who could listen.

Talia was always fearless, compassionate, and determined. She was known for her work ethic, whether applying it to artistic endeavors or learning to slide tackle in soccer when she was a kid. As a young woman, she learned everything she could about her health issues and navigated the medical world herself, booking appointments, finding specialists, dealing with insurance companies, and learning all she could about Ehlers-Danlos Syndrome (EDS), the disease she was diagnosed with. 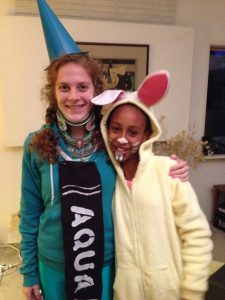 EDS is the back-drop to Talia’s story but not the cause of her death. It’s a lousy condition to have, but it is not a terminal disease. Although she was in intense pain and discomfort much of the time, Talia completed her Bachelor of Arts degree in four years, and after graduating from college, she was very involved in teaching and producing her own art. As Talia developed more pain and symptoms related to her hypermobility, she did more of her work while positioned on a chair, couch, or recliner, but even so, she always had multiple ongoing art projects that she was working on. She was creating art up to the moment she left her home in Eugene, Oregon, to drive to Seattle for surgery, and she was a guest lecturer at the University of Oregon just four days before that.

The surgery Talia had—a fusion of the vertebrae in her high cervical spine (neck)—was recommended to her by three neurosurgeons. It wasn’t easy deciding to have this done, but at a certain point it became clear that life without it would leave her less and less able to live fully and to do the work and art that she loved so much. Both the hospital and the neurosurgeon had come highly recommended, so she felt ready to take the leap.

What happened to Talia in the hospital is, to a large extent, still beyond our comprehension. In fact, if we hadn’t lived it ourselves, we might think it was a fictional story. And yet, care in medical settings everywhere often involves providers who communicate poorly, lack empathy, and exhibit an arrogance about their expertise at the expense of taking in relevant information about the patient–all of which, it turns out, can kill.

In Talia’s situation, she struggled to breathe from the time she came out of surgery. But there was very little interest from staff in hearing or believing her symptoms. With the exception of her first ICU nurse and two other hospital staff, the “care” Talia received from doctors, nurses, and support staff was dismal. Unable to convince any provider to take seriously Talia’s difficulty breathing, we racked our brains about what to do, and even began contacting people outside the hospital for advice because we could not get those within to listen. 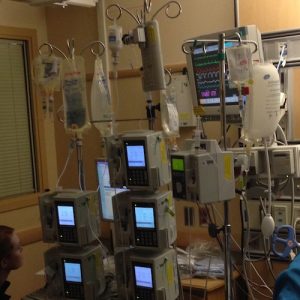 Talia herself was actively engaged, alert, and angry that her providers discounted her need for help. The day after surgery she progressed from having difficulty breathing to not being able to breathe at all, and it was terrifying for her. She was completely aware of her circumstances at the moment her airway occluded, including the knowledge that her providers had repeatedly ignored her concern that this very thing might happen. We were with Talia, at her bedside, and will never forget the panic in Talia’s eyes and voice as she cried for help that never arrived. We saw firsthand the steadfast unwillingness of her medical providers to listen to Talia and act on her behalf as she struggled to breathe, and we witnessed the failure of the code team to act appropriately when her airway did close. After a botched code, Talia was left in a permanent vegetative state, and after 10 days in the hospital, she was removed from life support and allowed to die.

Our experience of Talia’s last hours of consciousness, the way in which Talia’s and our trust was violated, the physical trauma that Talia suffered before, during, and after her respiratory arrest and code, all have changed us. Our minds are never very far from this experience and we spend part of every day back in Talia’s hospital room, her comatose body lifeless except for the seizures that kept jerking her body, the sound of a machine breathing for her, the empty stare of her unseeing eyes: all of these images and more seared in our minds forever, replaying on an endless loop with the same devastating outcome every time: Talia is dead. 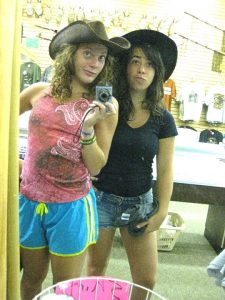 How we miss our golden girl! She was a wonder, an innocent, open, vibrant person who was cheated of a future. And her siblings, family, and friends—all of them devastated by her death—have been cheated of a life with Talia in it. We are angry, too, knowing that Talia’s experience in that particular hospital is not so very different from the way it works in most hospitals.

Talia’s sister, Jaclyn, is often unhinged by the awful irony that Talia—the consummate listener—landed in the “care” of a team of professionals who themselves did not, would not, listen. And by not listening, they silenced the sound of Talia’s voice forever.

But the quality, depth and goodness of that voice—of Talia’s desire to listen deeply and to empathize, to work hard and come to the aid of others, to teach, to create, to laugh, to discover, to drive herself onward in the face of pain and discomfort—we will channel that essence of “Talianess” into our work here. Through Talia’s Voice, we hope no other child will be silenced the same way again.